skip to main | skip to sidebar

The Most Underrated, Unknown and Overlooked Horror Films of the 80's 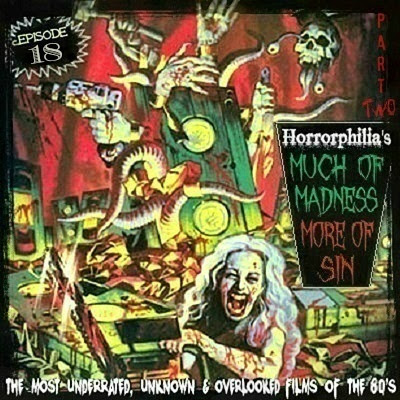 For those of you who survived part one, we bring you the final half of this 6-hour Much of Madness marathon. Jeff & Rich count down from #10 to #1 of the ‘Top 20′ most underrated, unknown and forgotten horror films of the 1980′s.

'Click here to listen to Episode #18 [Pt.2] over at Horrorphilia'


Contact us: theotherpodcast@yahoo.com
Posted by Jeff at 7:58 AM No comments:

The Most Underrated, Unknown and Overlooked Horror Films of the 80's 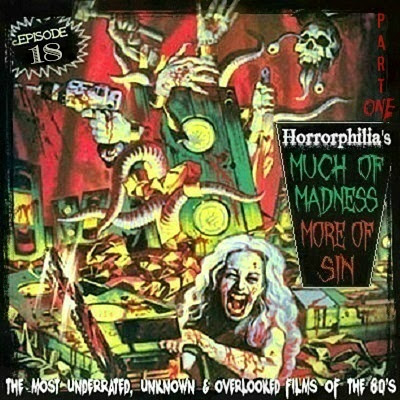 In part 1 of this special ‘Top 20′ edition of Much of Madness, Jeff & Rich count down from #20 to #11 of the most underrated, unknown and forgotten horror films of the 1980′s. So if you’ve got good taste in movies and have an appreciation for the old school stuff from the eighties this episode’s for you. You’ll be sure to find out about a few classics that you might have overlooked from horror’s greatest decade. Get ready for a ton of movie clips, a shitload of trailers and some of our usual off-color comments in the first half of what could be the longest horror podcast, ever.

Music by: ’Have Fun Teaching’, ‘Public Enemy’ and ‘The Cramps’

'Click here to listen to Episode #18 [Pt.1] over at Horrorphilia'

Much of Madness/More of Sin #17 is finally here! 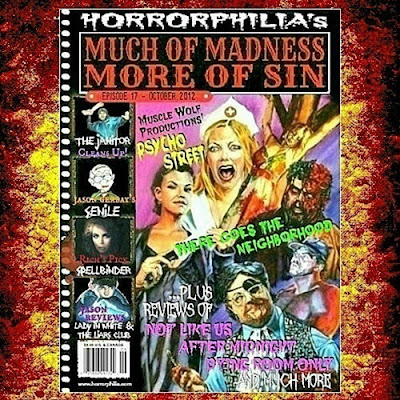 In this ‘long-awaited’ episode, we review the new horror anthology from Muscle Wolf Productions, Psycho Street

…the 1973 made-for-tv thriller, Dying Room Only

…the long-lost Roger Corman sci-fi/horror film from 1995, Not Like Us

…the 1989 anthology, After Midnight

Jason chimes in with reviews of the fantasy/horror film, Lady in White from ’88

Then, we reveal #3 of the longest Top 10 countdown ever …our Top 10 horror films of all-time.

Much of Madness: Indie Assault ~ Vol. 1 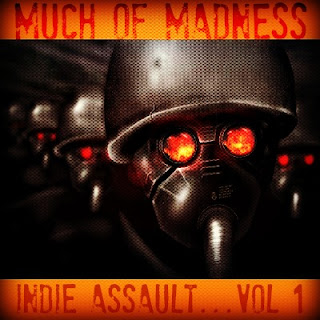 Welcome to our debut episode of Much of Madness Indie Assault! Each episode features bite size reviews of indie horror films. Of course there will be some duds but there are also some hidden gems to discover. If the film sounds interesting to you don’t hesitate to click on the links and purchase these films and help support indie horror!
1 ~ Rise of the Animals / braindamagefilms.com 2 ~ Zombiefied / celebrityhe.com 3 ~ Silly Scaries / rhrhomevideo.com 4 ~ Deadly Detour: The Goat Man Murders / mvdb2b.com 5 ~ The Perfect House / tphperfecthouse.com 6 ~ I Am Nancy / iamnancy.net 7 ~ Screaming in High Heels / breakingglasspictures.com 8 ~ Laughter / dunnlacka.wix.com/laughter 9 ~ Spirit Stalkers / bigbitingpigproductions.com10 ~ Deadly Renovations / braindamagefilms.com11 ~ Supershark / bayviewentertainment.com12 ~ Dead Inside / deadinsidemovie.com13 ~ Blood Soaked / redlettercinema.com14 ~ Strip Mahjong: Battle Royale / tlareleasing.com

'Click here to listen to Much of Madness: Indie Assault over at Horrorphilia.com' 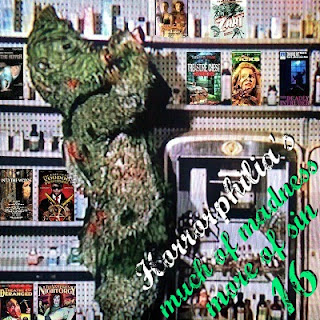 
In this 4-hour monster of a podcast, we cover the 1971 so-bad-it's-TERRIBLE killer catfish movie, 'Zaat'
...Phil Herman's 2008 crap-tastic masterpiece, 'Into The Woods' from Lost Empire Films (...really, this movie is f#ckin' hilarious!)
...Jess Franco's 'Jack the Ripper' from 1976, starring Klaus Kinski
...the still unreleased 1985 slasher, 'The Deadly Intruder', with Danny Bonaduce
...the 1993 creature feature, 'Ticks'...it's KNB EFX at their gory best! (available only on VHS or Region 2 DVD)
...and the practically unknown Spanish vampire film, 'The Vampires' Night Orgy' from 1974
We dive into 2 new anthologies from World Wide Multi Media, 'Treasure Chest of Horrors' and 'Theatre of the Deranged' ...as well as take a look at James Cullen Bressack's new film, 'Hate Crime' from Psykik Junky Pictures

Horrorphilia Jason chimes in with reviews of 2012's 'The Tale of the Voodoo Prostitute' from Brain Damage Films ...and the 1989 (sort of) slasher flick, 'Slashdance'
There's also a preview of our new indie horror podcast 'Much of Madness: Indie Assault' which features reviews of Lance Henriksen's new film, 'It's in the Blood' from Monomyth Films ...and 'Gut', coming soon from Gut Productions
...and we finish up the episode with the #4 of our 'top ten horror films of all-time'.
Music by: 'Adam Hirbod', 'Texas Hippie Coalition', 'Testament', 'Mazzy Star' & 'The Cramps'
Contact us: theotherpodcast@yahoo.com
Sponsored by: 'Girls & Corpses Magazine' and  'Creepy Tees'

'Click here to listen to Episode #16 over at Horrorphilia.com' 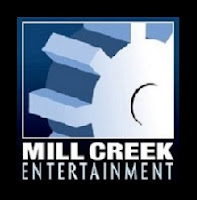 Minneapolis, MN (August 20, 2012) Mill Creek Entertainment, a recognized leader in value entertainment, is preparing for this frightful season with chills and thrills and spooky entertainment for young and old alike.  The eerie assortment of value movies is perfect for the Halloween season and includes scream inducing Blu-rays and DVDs such as: Hostel and Hostel II Blu-ray, 100 Greatest Horror Classics, Midnight Horror Theater, Horror 4 Pack (Hostel, Hostel II, The Tattooist, The Hunt for the BTK Killer) and Fright Fest-12 Film Collection.  Also included in this Halloween offering are the fun and not so scary children’s DVDs, Cookie Jar Halloween Cartoon Collection, that includes popular characters such as Johnny Test, Mona The Vampire and Sabrina the Teenage Witch, the hilarious shenanigans in Roseanne Tricks & Treats and the top selling Ernest Scared Stupid.  These collections will be available for terrifyingly low prices starting at $5.98 SRP.

Hostel and Hostel II – Blu-ray Double Feature
Hostel
Presented by Quentin Tarantino (Kill Bill, Vol. 1 & 2) and directed by Eli Roth (Cabin Fever), Hostel is a shocking and relentless film in the tradition of Saw about two American backpackers (Jay Hernandez, Friday Night Lights and Derek Richardson, Dumb and Dumberer) in Europe who find themselves lured in as victims of a murder-for-profit business.

Hostel II
Presented by Quentin Tarantino (Kill Bill, Vols. 1 & 2) and written and directed by Eli Roth (Hostel, Cabin Fever), Hostel Part II is the shocking and gruesome sequel about the underground torture ring where rich businessmen pay to torture and murder their victims.

Midnight Horror Theater - 32 Film Collection
Sink your fangs into this terrifying collection of 32 frighteningly delicious films.  From vampires to zombies and psychos to sadists, this bone-chilling set contains over 44 hours of nightmare-inducing flicks that will surely satisfy any horror enthusiast.  Starring some of the biggest legends of horror including: Bela Lugosi, Paul Naschy, Barbara Steele, Peter Cushing, Christopher Lee, Vincent Price and dozens more!

Horror Four-Pack
Hostel
Hostel II
The Tattooist
A tattooist unwittingly unleashes a forcible deadly spirit through an ancient Samoan tattoo tool. Now marked for death, he will need to uncover the source of the evil in order to save his new love, and recover his own soul.
The Hunt for the BTK Killer
Robert Forster (TV's Huff, Karen Sisco) and Gregg Henry (TV's 24) star in The Hunt For The BTK Killer, based on the extraordinary true story of the manhunt, capture, and conviction of the infamous with clues, puzzles and obscene letters for nearly thirty years.

Fright Fest – 12 Horror Movie Collection
Satisfy your thirst for horror and watch your nightmares come true in these 12 terrifying films starring Rose McGowan, Jodi Lyn O’Keefe, Christopher Allport, Eileen Seeley, Chip Heller and Clint Howard.
12 Films Include:
Evil Behind You
The Fear 2
Ice Cream Man
Diary of a Serial Killer
Jack Frost 2
Naina
Night Feeders
The Other Side
Within the Rock
Devil in the Flesh
Devil in the Flesh 2
The Killing Grounds

...for more information check out millcreekent.com 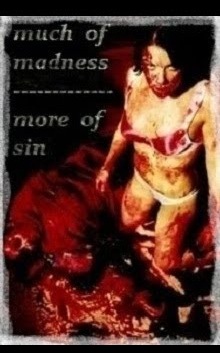 Episode #18 of Horrorphilia's 'Much of Madness/More of Sin' Podcast is now on the air. Click the picture below to hear it over at Horrorphilia ...or better yet, subscribe to the 'Horrorphilia Podcast' at itunes and be sure to check out all of the other shows in the 'Horrorphilia Network of Podcasts'. 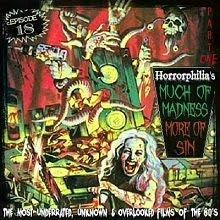 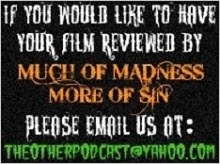 Search Through The Madness 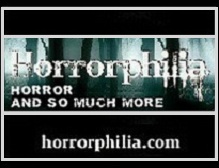 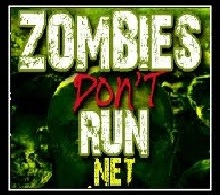 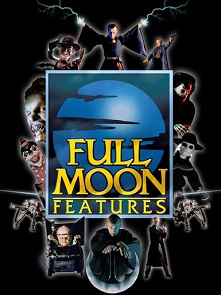 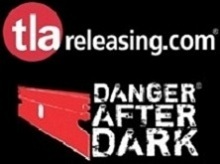 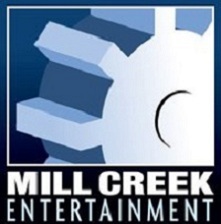 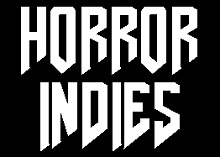 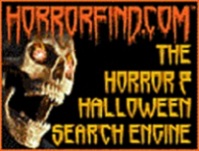